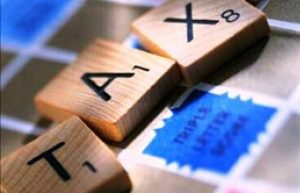 The existing taxation system utilised in Australia is an extremely large and ever-changing process that requires specialist knowledge to apply it correctly to best serve each individual’s needs.

It is overly complex and heavily favours both the ultra-rich and multinational corporations – at the expense of ordinary citizens.

We seek to simplify and rationalise this system.

To fund our future development, it is proposed that we decide upon equitable methods of taxation and revenue – to assign one equal and fair taxation method upon all citizens and companies – with no exceptions. This is the 4% Expenditure Tax system.

There is one obvious question – How can we generate sufficient revenue to fund all existing and necessary services through only this 4% Expenditure Tax? The answer is simple … It works by taxing your spending, not by taxing your earnings.

In other words, you pay no tax on receiving any income (like wages, dividends, rent, or sales) – and then you simply pay a flat tax of only 4% on every single outgoing payment that you make.

This method of taxation will apply to all individuals, companies, and corporations that operate and trade in Australia without exception. This new method of taxation will replace ALL existing taxes, charges, and levies that currently apply – including Income tax, GST, Payroll tax, Company tax, Capital Gains tax, Council rates, Water rates, Land taxes, & Stamp Duty – with the only exception being an Import Customs tax applied on foreign manufactured goods entering Australia to be sold, and for funds leaving the country earned by Foreign companies.

To be absolutely clear this means we will no longer pay any other taxes whatsoever!

No more BAS statements, tax returns, tax compliance issues, paperwork, and no more headaches – ALL GONE! This will also mean that there are no more loopholes for companies to write off their profits and pay zero tax.

This taxation system will completely revolutionise the Australian economy as we know it. It is well-researched, logical, statistically verifiable, incredibly fair, and is a simple tax and monetary policy that can bring wealth and prosperity to all Australians.

HOW DOES IT WORK?

Currently, the Federal, State, and Local governments inundate the Australian people and businesses with approximately 125 different taxes, fees, levies, and rates which raise approximately $430 Billion in tax revenue in total annually, which is then apportioned down through the 3 levels of government and is used to fund everything from welfare to education, healthcare, defense, infrastructure, and other services. If we as a Nation spend more than this amount of money, then it is borrowed internationally (i.e. this becomes or adds to our National Debt).

According to the Federal Treasury, the Reserve Bank of Australia, and APCA (Australian Payments Clearing Association), in the financial year 2014 to 2015 there was over $50 Trillion dollars processed through the Australian payments system (outgoings, not incomings).

Because the 4% tax is automatically applied through the Australian payments system that includes direct entry payments, cheque processing, credit and debit card payments, EFTPOS payments, and payments made through the high-value clearance system, etc. there is no need for any individual account keeping, tax compliance, tax returns, BAS statements or any other paperwork as it is all processed and recorded automatically and efficiently. Easy! 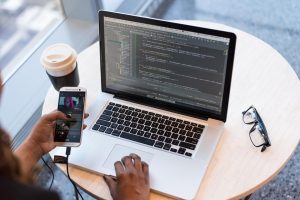 Now, you do the maths – 4% of $50 trillion = $2 Trillion! That is more than four times the amount of tax currently collected by the existing system of over 125 different taxes, fees, levies, and rates! Since at least $15 Trillion worth of transactions currently being processed through the “high-value clearing system” is of a speculative nature (ie; currency trading etc), we expect the overall value of these transactions will reduce as large banks and investors will be dissuaded from marginal speculative trading. Also, large businesses may seek to reduce their transaction levels via sideways and vertical integration, and so the total value of these types of business transactions may decline.

Due to the incredible stimulus effect this policy will have on the broader economy, we expect that the value of retail payments in particular will rise. Therefore, based on actuarial modelling, we expect that a 4% debit transaction tax will conservatively generate in excess of $1.5 Trillion in tax revenue to the Government.

In addition to this $1.5 Trillion in tax revenue, the Government through the RBA will have access to an additional $120 plus Billion every year to spend on infrastructure. This money is created by the RBA to account for the private banks wiping off the digital money they created out of thin air and lent into circulation via their ledger entry system (creating ‘on paper’ loans without any actual backing capital), which we will end.

As all existing loans are repaid to the private banks, the banks wipe off the principal portion of the money they created out of thin air. In order to help keep the inflation rate at zero by keeping the broad money supply at the same level per head of population, the RBA has to recreate this digital money, transfer it into the consolidated government revenue fund, and then spend it into circulation by building infrastructure.

The End Result? … by combining over $1.5 Trillion collected through the 4% Debit Tax, an additional $120+ Billion via the RBA balancing, and further income collected in Customs and Excise duties on foreign imports, a balance of over $1.62 Trillion with which to “run” the country will be available. That is more than TRIPLE the current revenue collected.

HOW WILL THE MONEY BE USED?

The monies raised by this new tax system will be used in the following ways:

HOW DOES THIS NOT DISADVANTAGE LOW INCOME EARNERS?

Low-income earners and pensioners can be compensated for the expenditure tax by the setting of a nominal minimum income level (of say $50,000 p.a.), and all those earning below this point would receive an annual lump sum benefit of $2,000 to cover the amount of tax that would be paid on an expenditure of $50,000 over a year. In this way there is no negative impact on them. Currently, even people paying no income tax at all are still paying 10% in GST with no return or rebate – this rectifies this issue, and literally pays their tax for them.

WHAT BENEFITS DOES THIS CHANGE BRING?

Consider the following … When all existing taxes finally removed and replaced with a 4% Debit Tax, everyday Australians will be keeping more of their hard-earned income, and thus will have more available money to spend.

When people have more free money, what do they do? They spend more! They buy new televisions, new appliances, new furniture, new cars, new houses and so on. People go out for dinner more often, they can take holidays more often, and they enjoy life more.

As the average Australian is set free from the cycle of taxation and poverty they start to spend more, and businesses start to boom. In fact, companies start receiving so much additional business they will have no choice but to hire more employees to deal with all the extra business they receive. Thus, new jobs are created across the board!

Everything you purchase can also become cheaper as businesses can improve upon their profit margins while still lowering the sale prices of all their goods and services because they are no longer being taxed into submission, therefore they will not need to build the additional cost of all the taxes into their products. Thus, not only will everyone will have more available money – everything that you purchase will become cheaper.

Manufacturers would be encouraged to come and manufacture goods in Australia, because they no longer have to pay all these oppressive taxes and are no longer burdened by all this regulatory red tape, thus, further new jobs are created … Australia will again become a manufacturing powerhouse of high-quality goods, bringing many more new jobs!

Spending upwards of $120 billion per year of debt-free money on massive national building infrastructure projects will bring Australia into the 21st century. Multiple thousands of jobs will be created over the next 25 years as we build high-tech mag lev train lines, drought-proof water pipelines from the Kimberly, solar roads, renewable energy power plants, and many more such visionary projects that improve the lives of all Australians, and all consequently creating more and more jobs.

It is logical that companies will start offering better pay, better working conditions, and will of their own volition choose to improve the safety of their workplace – not because of government inspection and threats of prosecution – but they will improve their workplace safety because they will want to retain employees. They will offer better facilities, more flexible working arrangements and other incentives; so basically, it becomes a workers paradise. But will businesses be complaining? Absolutely not!, because they will not be paying all these additional taxes, and they will be receiving more and more business as the economy fires up like never before!

All of these things happen as a natural consequence of liberating the economy by introducing this new taxation policy.

Whilst aged and disabled pensioners will be far better looked after under this system with the pension rate increasing significantly per fortnight and free health care, the overall government expenditure on welfare won’t increase significantly, due to the need for the family tax benefit and unemployment benefits being significantly reduced or even made largely redundant.

So, workers will be happy and prosperous. Businesses will be happy and prosperous. Everyone will have a real chance to significantly improve their living conditions and lifestyles. We will become savers, not borrowers. We will no longer need to become debt slaves to banks for more than half our lives. Cases of depression and suicide will decline. Divorce rates will reduce and families will be happier as fighting over lack of finances (the #1 reason for marital breakdowns) will become a thing of the past. Life expectancy will increase as people will be happier, able to afford healthier lifestyles, and will no longer stress about lack of money.

This is a plan that will create jobs, encourage manufacturing to return to our shores, and is expected to allow individuals, families, and businesses to flourish unlike any other prior time in history.

Australia could become the greatest Nation on Earth … if only we the people choose to make it so!